Barely fifteen minutes after Semino Rossi arrived at Aalborg Kongres & Kultur Center a Saturday around 5 pm in April, he had to put his coat and sensible shoes back on.

The rain was pouring down in Kildeparken, where Rossi's cherry tree was waiting for him to finish its planting.

The planting of the tree made Semino Rossi a member of the noble group of international artists, who has planted a singing tree in the Park of Music as a lasting memory of their concert in Aalborg.

The tree was already equipped with a medley of three songs from Semino Rossi's outstanding career. the Argentinian/German singer would have rather had the tree play three other songs though; Ich Würd Es Immer Wieder Tun, Rot Sind Die Rosen and Du Bist Meine Symphonie, and the medley was therefore changed.

After the tree planting Semino Rossi headed to sound check and later showed the concert audience why the Germans have sent him to the top of the German schlager record charts. The sold-out concert was his first in Aalborg. 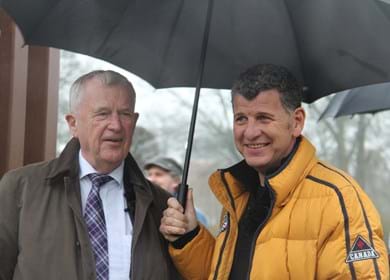 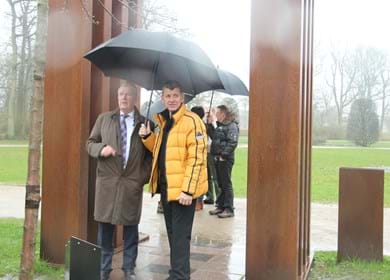 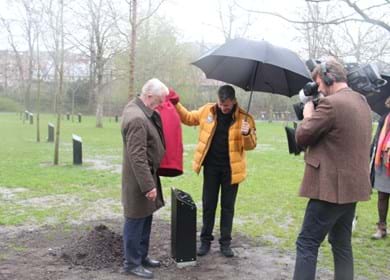 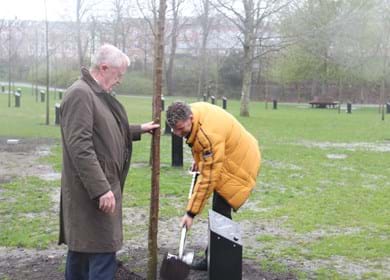 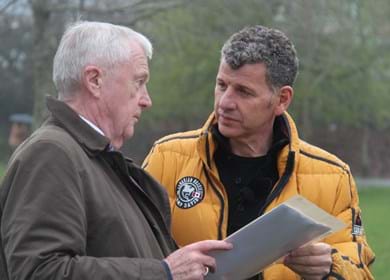 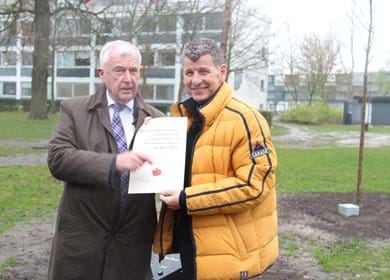