The American comedian and ventriloquist Jeff Dunham planted tree number 92 in the Park of Music a sunny and warm May afternoon in 2018.

Instead of music playing though, the tree plays one of the most well-known phrases of Dunham’s famous character Achmed The Dead Terrorist.

It was a relaxed and enjoyable Dunham who planted the tree and he laughed loudly when he heard the phrase “SILENCE! I KILL YOU” playing from the music stand by the tree.

- I have been surrounded by wooden dolls most of my life, but now I have finally gotten a tree, that doesn’t talk back, Jeff Dunham said laughing.

During the tree planting Dunham additionally used the opportunity to live-stream the event to his many followers on YouTube and Facebook, to let them know about his new honorary tree in Aalborg.

- This is your version of a Walk of Fame. And now I have both a star on the Hollywood Walk of Fame and a tree in the Park of Music, so now I can die a happy man, Jeff Dunham said with a smile and a laugh. 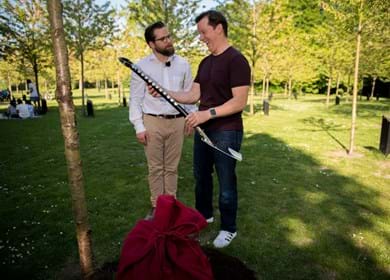 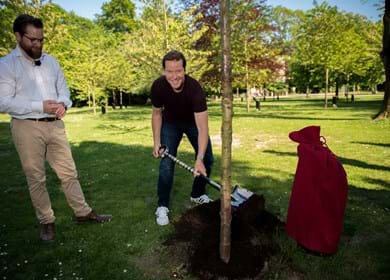 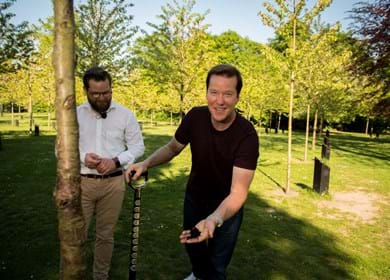 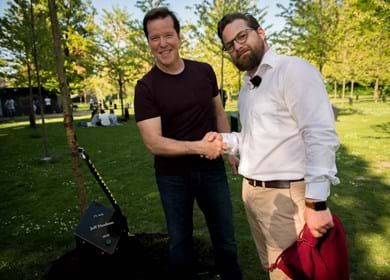 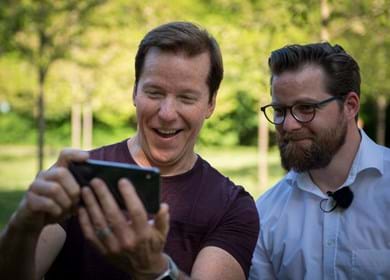 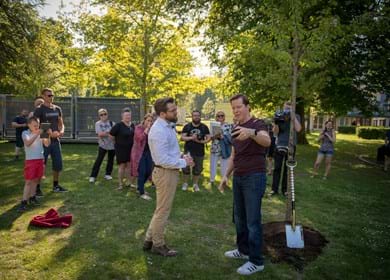