Like so many times before, management would not decide on whether the world know English comedy star Michael McIntyre wanted, had the time or the concentration to be interrupted in his preparations before his big show in AKKC September 2nd.

But like so many times before, the star said yes to having a tree planted in Kildeparken, as a lasting reminder of his performance in Aalborg.

The tree-planting ceremony become one long comedy-routine with McIntyre in tip top shape. He took every possible opportunity to make the situation funny. A nice warm-up for the English comedian before he one hour later was to perform in front of over 2000 excited audiences in Aalborghallen.

Michael McIntyre is now the 95th international world star to have his own tree, and a small minute’s laugh is now found on McIntyres musicstand. 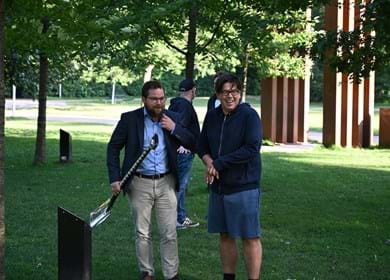 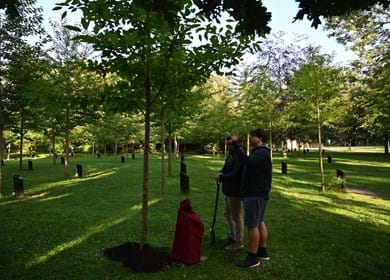 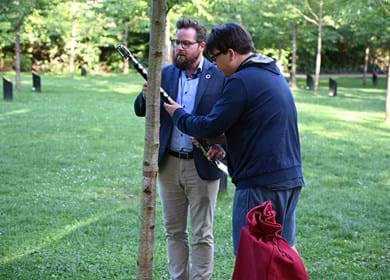 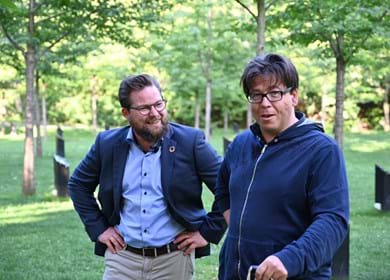 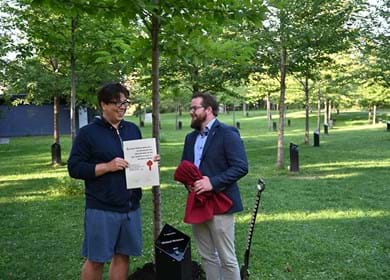