Maroon 5 had a tight schedule on the day of their concert in Aalborg. Despite of that, they agreed to plant tree number 93 in the Park of Music the afternoon before their concert.

James Valentine, Sam Farrar and Jesse Carmichael from Maroon 5 participated in the event along with their manager Fred Kharrazi. On the way to the park, James Valentine said that he liked the tradition of letting international artists plant trees in the Park of Music.

Maroon 5’s tree plays a medley of three of their biggest hits - She Will Be Loved, This Love and Moves Like Jagger, and according to the band, this was a great choice of songs.

After the ceremony some of the spectators got to take photos with the three bandmembers, and James Valentine even gave a plectrum to a girl.

Maroon 5 were very honored and thankful because they got to plant their own tree in the Park of Music, and they thanked for af pleasant afternoon in the park. 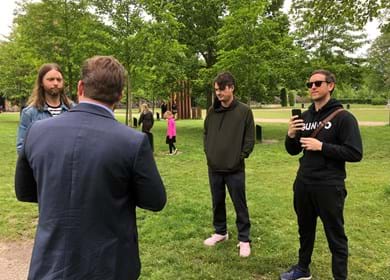 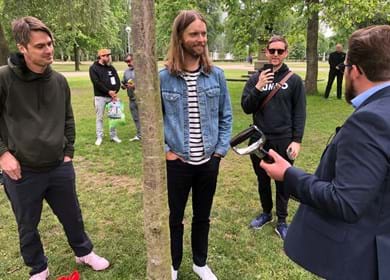 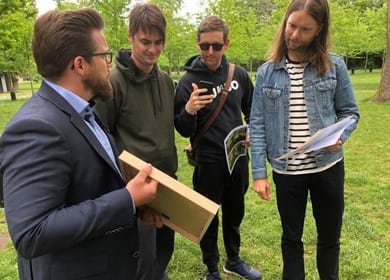 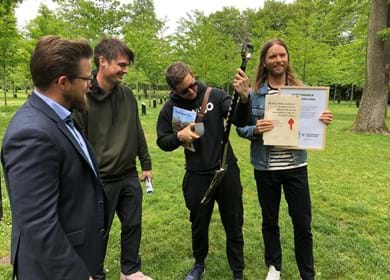 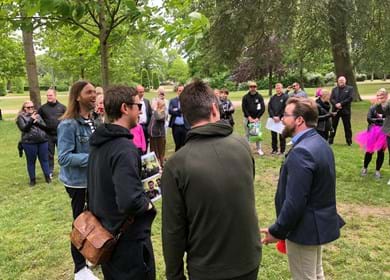